Unequal Britain is a major new study conducted by the Policy Institute at King’s College London, in collaboration with the UK in a Changing Europe, to inform the Institute for Fiscal Studies Deaton Review of Inequalities.

The study focuses on attitudes to different forms of inequality in light of Covid-19 and shows that one rare point of agreement among the British public is on the need to tackle geographical inequalities: 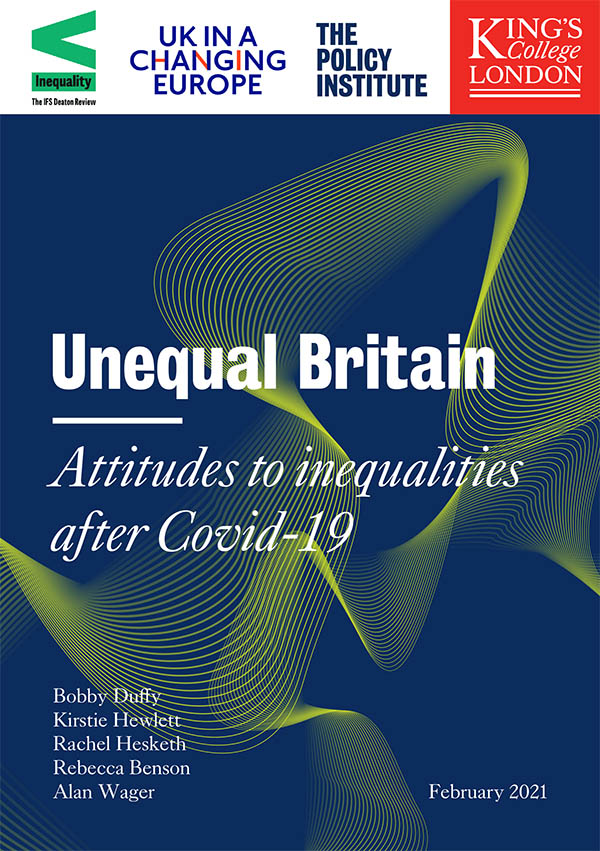