Christian Dustmann is Professor of Economics at University College London (UCL) and the founding Director of the Centre for Research and Analysis of Migration (CReAM).

He is the current President of the Asian and Australasian Society of Labour Economics (AASLE) and has been President of the European Association of Labour Economists (EALE) and the European Society for Population Economics (ESPE). Professor Dustmann is an elected Fellow of the British Academy (FBA), the German National Academy of Sciences (Leopoldina), the Academy of Europe (Academia Europaea), and the Society of Labor Economists (SOLE). In 2020 he was awarded the 2020 Carl-Friedrich-von-Weizsäcker-Prize by the German National Academy of Sciences.

Professor Dustmann is a highly respected scientist and leading labour economist working in areas such as migration, the economics of education, the economics of crime, social networks, technology, income mobility, wage dynamics and inequality. He held visiting professor positions at Berkeley, Harvard, Princeton, Stanford, and Yale. Professor Dustmann’s work has appeared in leading academic journals and he was ranked #1 in the 2019 Handelsblatt economists ranking among research-intensive economists from German-speaking countries and German-speaking economists abroad. He regularly advises government bodies, international organizations, and the media on current policy issues. 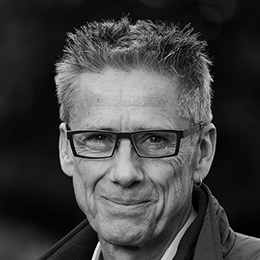